At flatfair, our employees are our most prized asset, so we thought we’d introduce you to some of the flatfam, along with a few interesting and quirky facts about them, which you (probably) didn’t know. 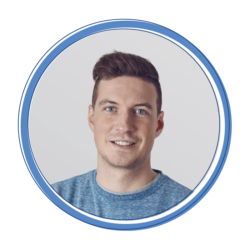 Our End of Tenancy Team Lead originally from Kent, has made his dream move to the seaside down in Brighton. Sam’s role at flatfair focuses on making the end of tenancy journey run as smoothly as possible for tenants and landlords.

Outside of work, Sam is on a quest to become a better surfer, and loves the great outdoors. But as nice as the British weather is, he’s keen on a return to Indonesia to visit his favourite holiday spot, Ubud in Bali.

Hannah or “HR Hannah”, as she is often referred to, is a superstar in recruiting, onboarding the newest recruits, organising our socials, and lots more. So it’s a good thing that variety is Hannah’s favourite part about her role here at flatfair.

It would probably be easier to list off the places that Hannah hasn’t visited, from South Africa to Christmas in Colombia, it’s fair to say she’s soaked up her fair share of culture.

We also couldn’t mention Hannah without talking about the main love in her life, Oreo, who some of you may recognise from the flatfair pets. Oreo is a showboat cat, and Hannah has trained him up to perform some fancy tricks.

Jack is known for being a bit of a joker within the flatfam, and according to him, he is also known for his fancy footwork in the Sussex Vets League.

He has been in the property industry long enough to remember black and white newspapers, so he is an excellent addition to our commercial team with his wealth of knowledge in flatfair No Deposit and the wider industry.

Being our Customer Support Team Lead, many of you may have already spoken to Sophie as she guides our customers through their experience with flatfair, making it as smooth as possible, from creating No Deposit plans to reviewing any end of tenancy charges.

Outside of work, Sophie is a lover of currywurst and craft beers, so it’s clear to see why Berlin is one of her favourite places to travel to. She also has a bit of a niche interest in natural funky wines, and loves to enjoy a glass or two in her adopted home in London, along with the fine pastries it has to offer.

Ben – Head of Build to Rent

After making the switch to Scotland for university, Ben found his way back home to St Albans, but loves to escape to Devon as much as possible to work on his surfing and showing his dog Reuben the ropes along the way.

His role at flatfair is Head of Build to Rent, he builds partnerships with operators and landlords as well as keeping his eyes peeled for new and exciting markets that flatfair could venture into.

His time at flatfair has given Ben lots of exciting opportunities to develop and make new connections.

Keep an eye out on our socials, as we have plenty more #flatfamFriday’s still to come.

It’s amazing to see so many more landlords making their properties pet friendly, because our furry friends…