Living in London is pricey, but what if there was a way renters in England’s capital city could avoid scraping together thousands of pounds for an expensive security deposit? Luckily, flatfair lets tenants instantly secure a rental without any big upfront costs using just their debit card.

To show you just how much you could save by switching to a flatfair tenancy, we’ve created a tube map which looks at upfront costs saved around each tube station by analysing rent prices close to them. From this, deposits of five weeks were calculated and the flatfair membership fee, equal to roughly one week’s rent plus VAT. The difference between these amounts is the average saving on upfront costs.

Using flatfair to secure a rental property across the capital’s tube zones 1 to 6 would save Londoners on average £1554 in upfront costs, almost equivalent to the capital’s average monthly rent of £1665.

Rent in London has risen sharply over the past decade, and even with deposits now capped at 5 weeks’ worth of rent, the hefty lump sums can be a massive burden for many renters. A five-week traditional deposit for the average London rent is well over £2000, equivalent to a month’s pay for those earning £30,000.

The tube station with the highest savings is Hyde Park Corner, where renters can save a massive £5838 on their upfront costs. Victoria, Tottenham Court Road, Great Portland Street and Gloucester Road, rounded out the top 5, with each offering savings of over £4,000 for renters in upfront costs.

And for Londoners looking for more space outside the City centre, there are also opportunities for massive savings before moving in. Residents in Upminster, at the end of the district line, could save £1265.

More and more Londoners are now renting, with 26 per cent renting privately in 2018, compared to only 11 percent in 1990, according to City Hall. 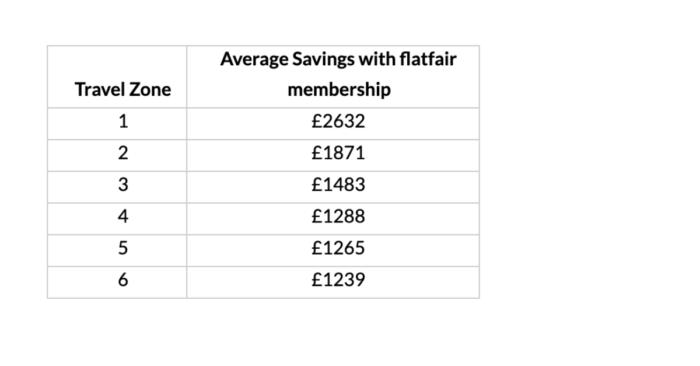 As more people rent in London than ever before, we need to remove the unnecessary burden of traditional rental deposits. There’s over £5 billion in rental deposits locked away when there is absolutely no need. Our cutting edge payment technology can help free this money up, putting it back into the hands of tenants who can save, invest, or spend that money how they see fit.

At flatfair, our employees are our most prized asset, so we thought we’d introduce you to some…